Tirzepatide is a dual receptor agonist for glucose-dependent insulinotropic polypeptide (GIP) and glucagon-like peptide-1 (GLP-1). The molecule activates the body’s GIP and GLP- 1 receptors, which are natural incretin hormones.

Mounjaro is in injectable form which is administered through subcutaneous injection. The medicine features a low injection frequency and needs to be administered only once a week. The product will be available in 6 different doses, with 2.5mg, 5mg, 7.5mg, 10mg, 12.5mg and 15mg being packed in an auto-injector device: a pre-filled pen containing a hidden needle, giving patients a visual “no” needle form and eliminates the need to handle needles.

GIP cells, and the level of GIP in serum will increase significantly. Hyperinsulinemia will appear subsequently.

GLP-1 exist in islet beta cells in the pancreas. It promotes the proliferation and differentiation of beta cells in islets, inhibiting their apoptosis, promote the regeneration and repair of islet beta cells, and as a result improve the function of beta cells. It can also act on islet α cells to reduce postprandial glucagon secretion in a glucose concentration-dependent manner, reduce the decomposition of liver glycogen, and reduce postprandial blood sugar. It can also participate in the homeostasis of blood sugar in the body by acting on multiple pathways, such as delaying gastric emptying, suppressing appetite, etc.

Glucose metabolism in human body is influenced by intestinal hormones, namely insulin-releasing peptide (GIP) and glucagon-like peptide-1 (GLP-1), which cooperate with each other to release insulin and regulate insulin resistance and reduce liver metabolic actions such as fat accumulation and postprandial vascular response.

Both GIP receptor and GLP-1 receptor are hot targets for new diabetes drug research in recent years. When used in combination, the regulation of the GIP circuit is expected to further promote weight loss, improve the efficacy of the treatment of type 2 diabetes and reduce gastrointestinal adverse reactions. GLP-1 receptor agonists can enhance insulin secretion, inhibit glucagon secretion, delay gastric emptying, suppress appetite, and reduce the food. The above effects lead to a lower blood sugar.

Mounjaro delivered excellent and consistent glycated hemoglobin (A1C) reduction rates across all comparators across the SURPASS study, which was designed to evaluate the efficacy of Mounjaro in adults with a broad range of type 2 diabetes that can be treated in clinical practice.

Although not for weight loss, the mean change in body weight was a key secondary endpoint across all SURPASS studies. Participants in this study reported a mean BMI of 32-34kg/m2 at enrollment, and participants who received Mounjaro lost an average of approximately 5kg (Mounjaro 5mg users) to 11kg (Mounjaro 15mg users).

1. Regarding indications: Since the current GLP-1 receptor agonist liraglutide was launched in 2005, the number of weekly administrated GLP-1RA medications has reached 4. The mainstream semaglutide has diabetes/obesity in Europe and the United States. While in China, no Obesity indication, but only diabetes (+ cardiovascular benefit) indication was allowed. Eli Lilly’s Tirzepatide is estimated to be approved with diabetes/obesity in China.

2. Regarding the significance of weight loss effect for Tirzepatide: previously, the best weight loss data came from the STEP 8 study comparing semaglutide and liraglutide, which was published in JAMA in January this year. The study showed that the weekly administration of semaglutide can significantly reduce the body weight of patients by 15.8%. Now with the latest data from Tirzepatide 15mg, a significantly reduction of body weight by an average of 22.5% is realized, which is really amazing. 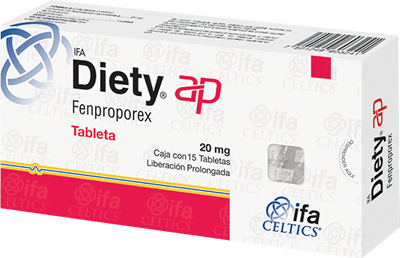 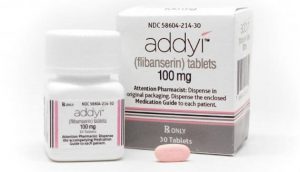