This is a pharmaceutical level API chemical. Supplying from China. Please talk to us before purchasing to confirm stock and delivery time. Thank you. 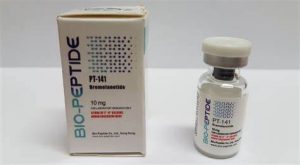